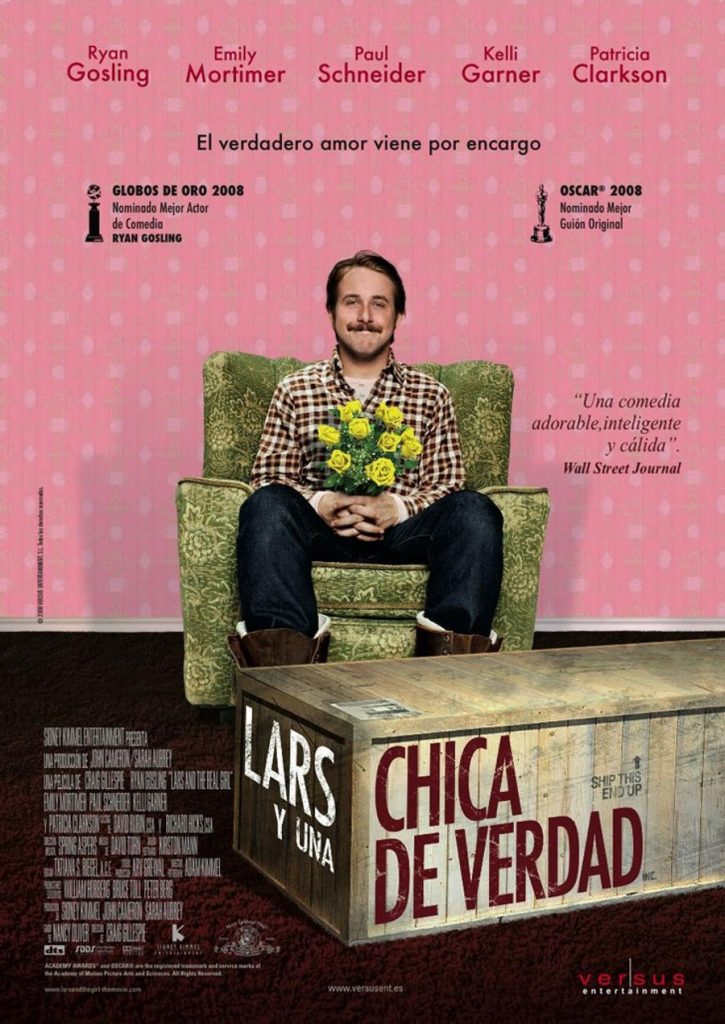 SYNOPSIS: Lars (Ryan Gosling), a shy and sweet young man who lives in a small town with his brother (Paul Schneider) and his sister-in-law (Emily Mortimer), finally brings home Bianca, the girl of his dreams. The problem is that Bianca is a doll he has ordered online, although Lars treats her as if she were a real person. Encouraged by the village doctor (Patricia Clarkson), and in an effort to understand him, his family decides to continue with the Lars fantasy.