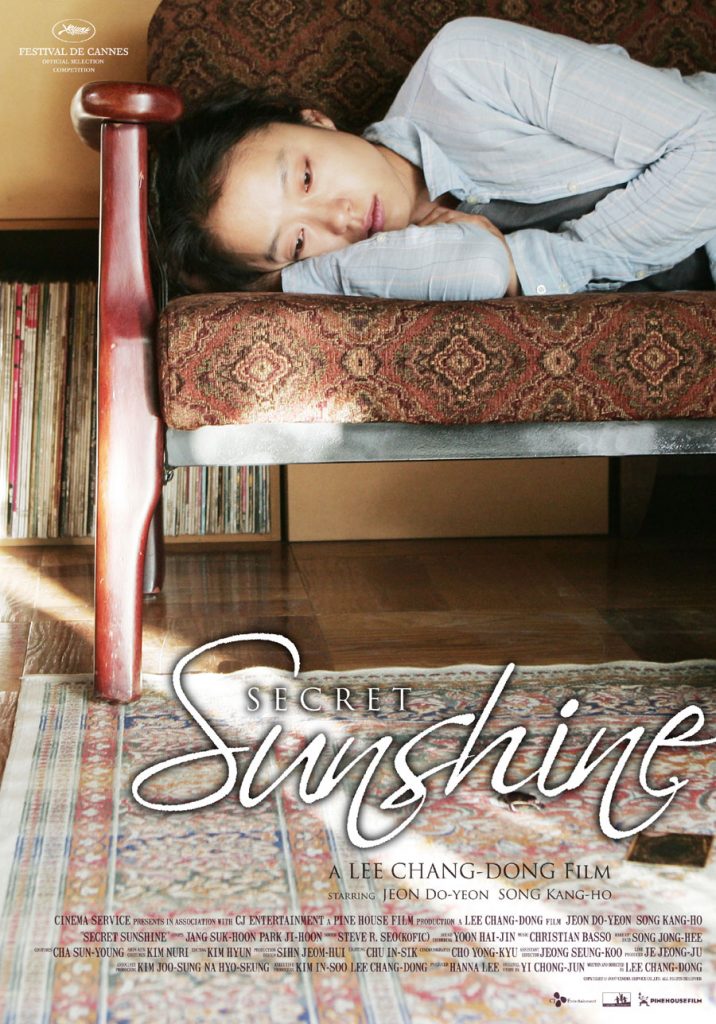 SYNOPSIS: After the death of her husband, Shin-ae decides to move from Seoul to Miryang, a small town, taking his little son with her. Shin-ae intends to start a new life in a place where she can go unnoticed and return professionally to her great passion as a piano teacher. But, unexpectedly, when they were getting used to their new life, her son is kidnapped.

“The cinematic equivalent of prose that is clear, elegant and lyrical”

“One of the year’s best films…»